Listen in as we discuss the Harley-Davidson Street Rod, dry bag luggage and protective BMW mods.

This episode of The Riding Obsession podcast is brought to you by Ugly Apple Cafe of Madison, Wisconsin where they use local overstock produce to offer a quick, tasty breakfast and also Riding Solutions, helping people become motorcyclists and motorcyclists ride better.

You do NOT have to be an Illinois resident to take the free MSF training course. You simply have to be able to receive mail somewhere in Illinois. Whether that's a P.O. box or fixed address may or may not matter. Credit goes to fellow RiderCoach Don Birren for that information, who would credit somebody else who's name we've forgotten.

"We're going to make THIS one SPORTY!" (sorta-ish) - design team
"Okay ... but OUR department decided to put the pegs HERE." - engineering team
"The exhaust is in the way. This bike is uncomfortable. Let's mass produce it!" - marketing team 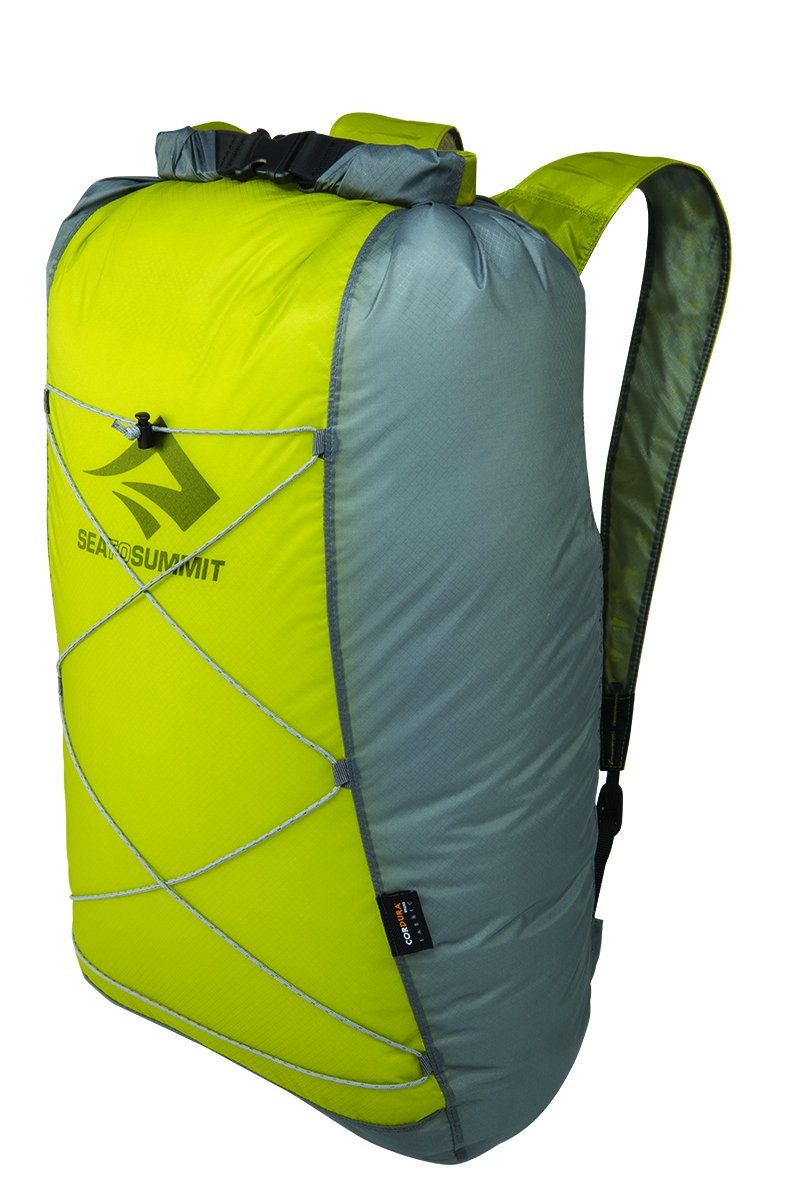 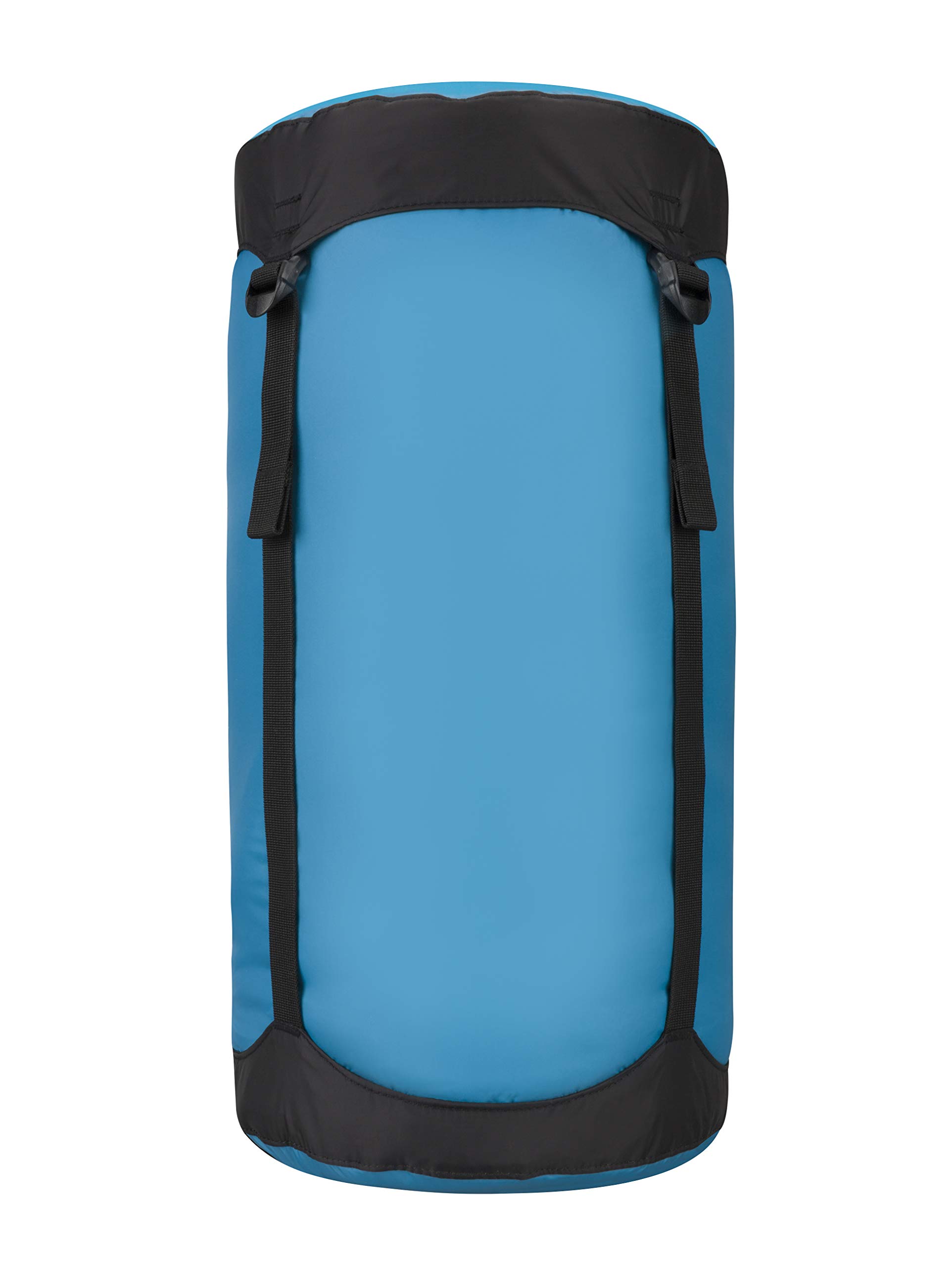 Pull handle on the bottom FABRIC: Water resistant, 70D PU-coated Nylon. Note: seams are not tape-sealed; this product is only water resistant.

The best motorcycle crash is the one that never happens. One technology designed to reduce the chance of crashing is anti-lock braking. The Institute first reported on the effectiveness of motorcycle anti-locks in 2008.

Now 2 new studies, one by the Institute and one by the affiliated Highway Loss Data Institute (HLDI), provide more evidence that anti-locks reduce fatal crash risk and lower insurance losses. Stopping a motorcycle is trickier than stopping a car. For one thing, the front and rear wheels typically have separate brake controls.

In an emergency, a rider faces a split-second choice to either brake hard, which can lock the wheels and cause an overturn, or hold back on braking and risk running headlong into the emergency. This is when anti-locks can help by reducing brake pressure when they detect impending lockup and then increasing the pressure again when traction is restored. Brake pressure is evaluated multiple times per second, so riders may brake fully without fear of locking up.

Institute researchers compared the fatal crash experience of anti-lock-equipped motorcycles against their nonanti-lock counterparts during 2003-08. The main finding is that motorcycles with anti-locks versus without are 37 percent less likely to be in fatal crashes per 10,000 registered vehicle years. Bolstering this finding is a separate HLDI analysis of insurance claims filed for damage to motorcycles.

The effects of anti-locks on claims were estimated only after controlling for these and other factors. Anti-locks are gaining traction among motorcycle manufacturers and wider acceptance among riders. More than half of motorcycle owners recently surveyed by the Institute said they'd get anti-locks on their next bike.

Buyers can find them now on at least 60 new models. "Motorcycle anti-locks do make a difference," says Institute president Adrian Lund, who also is president of HLDI (Hmm...). "They help make traveling on 2 wheels less risky by reducing the chance of overturning a bike and crashing.

Passenger vehicles still are safer, but if you're going to ride we'd recommend getting a motorcycle with anti-locks." My pan has a rear drum and no front brake. Maybe it's time I should consider up-grading my braking system.
Expand / Collapse
March 30, 1961 "Smartly tailored roadster with sports-machine performance." -"The Motor Cycle" features a road test of the 1961 Ambassador 'Electra 75". "Smartly tailored roadster...", in reality the 'Electra 75' was basically just an Ambassador Super S model fitted with a Siba electric start, a Villiers 249cc, 4-speed, 2-stroke twin with higher compression and a larger carburetor. Finished in Royal Gold and black and fitted with White Wall tires and then wrapped up like a Triumph Bathtub 350.

In 1947 production started with a 197cc Villiers engine. Smaller Villiers motors proved successful so they continued to be used until 1964. Ambassador was taken over by DMW in 1963 who continued on but with limited production until they closed the company in 1965.

Expand / Collapse
March 27, 1965 Roy Orbison breaks his ankle at Hawkstone Park. While on tour in the UK Roy Orbison visits the legendary Hawkstone Park as a spectator during the 1965 500cc British Moto-cross Grand Prix. An avid motorcycle fan, (Orbison and his wife, Claudette, often rode their matching Harley-Davidson's together), he was offered the chance to try a lap of the circuit on Dave Bickers' works CZ.As familiar with the road as he was, off-road was not Roy's forte.

Unfortunately, the "Big O" had to bail in one of Hawkstone's notorious bombholes, braking an ankle in the process. But, the show must go on, Roy Orbison dusted himself off and appeared live on ‘Saturday Night at the London Palladium’ that evening with his foot in a plaster cast.
Expand / Collapse
March 26, 2003 After what seemed like an eternity, Italian Moto Guzzi dealers finally take stock of the Breva 750. Guzzi's Breva is named after the breeze that blows across Lake Como, where both George Clooney and the Moto Guzzi factory reside. The Breva V-750 was the first motorcycle developed and marketed by Moto Guzzi after the company became a subsidiary of Aprilia.

As a standard motorcycle, the Breva 750 was formally introduced to the press at Intermot 2002, in Munich, Germany. Like the Guzzi Nevada, the Breva 750 featured the 'small block' engine derived directly from the engine Carcano designed in the mid-sixties and famed engineer Lino Tonti refined: the 750cc V-twin, rated at 48 bhp. With its ease of maintenance, durability and even, flat torque curve, the engine design proved to be suitable for everyday, real-world situations whether riding with Clooney around Lake Como or running from paparazzi on the late-night L.A.

streets. To mark the rejuvenation of Moto Guzzi, the first Breva 750 was delivered to its owner on April 7, 2003 in a special ceremony at the Mandello works. Likewise, the first 100 Breva 750's were delivered to their Italian dealers in a special ceremony on March 26, 2003 at Mandello del Lario headquarters on the occasion of the company's anniversary.

Bronson had originally owned and customized the bike, a 900cc 1969 XLH Sportster, then sold it to Nick when he gets a job as a reporter. Nick's suicide makes Bronson think about his life, the path he's on, the whole "rat race" crowding him. After a blow-up with his asshole editor Jim decides to say fuck it.

He then bids adieu to the city and takes to the road on his Sporty to discover what life has waiting for him. The opening scene would serve as a metaphor for the premise of the show: getting away from the "big city" and searching for the "simple life". The show begins with Bronson riding up to a red light in San Francisco and he nods to the man in the car beside him, briefly chatting with the guy.

Driver: "Taking a trip?" Bronson: "Yeah." Driver: "Where to?" Bronson: "Wherever I end up, I guess." Driver: "Man, I wish I was you." Bronson: "Really?" Driver: "Yeah." Bronson: "Well, hang in there." He pulls in the clutch, kicks the bike into gear and heads out to California's State Route 1...... The pilot was also released in Europe as a feature film.
Expand / Collapse
March 23, 2005 Marusho Motorcycles founder Masashi Ito dies at 92. After apprenticing with Soichiro Honda,Masashi Ito started chasing his dream of building motorcycles when he founded Marusho Shokai Co., Ltd. in Hamamatsu, Japan, in 1948.

Within two years asuccessful prototype, the 150cc single-cylinder ML, was completed. Mass production of the ML, patterned after a pre-war Zundapp and utilizing Marusho's trademark shaft drive, began in 1951 as the Model LB and later the LC. The name of the company was changed to the Marusho Motorcycle Industrial Co., Ltd.

The LB and LC were followed by a succession of 90cc - 250cc upright singles including the very popular JF Baby Lilac "step-through" and two 350cc opposed twins. But, it was a racing version of the 250cc single, the SYZ, that put Marusho on the map when in 1955 it won the first "All Japan Motorcycle Endurance Road Race", also referred to as the "All Japan Volcano Scramble Race". DYK: From 1951-'61 Marusho produced 31 models under the Lilac moniker, all but two of which were shaft-driven.

Incidentally, the name 'Lilac' was chosen because it was Ito's wife's favorite flower.
Expand / Collapse
March 20, 1970 Fabio Taglioni makes the first sketches for the layout of what will be the new Ducati V-twin. In less than a month's time his drawings were completed. By July there was a running motor and in August a complete prototype motorcycle was built.

Taglioni then got Leopoldo Tartarini, the founder of Italjet, to refine the styling aspects of the new Ducati. The decision was made by Ducati to re-enter motorcycle competition in October. Director Arnaldo Milvio and General Manager Fredmano Spairani, bith race-nuts themselves, had encouraged Fabio to develop the 750 V-twin.

In 1971 five 500cc V-twins were built to compete in Italian championship and Grand Prix events. Ducati felt that this would demonstrate the bike before a large audience and gain publicity. If they won, that was a bonus.

Despite Taglioni's strong opposition to the idea, Spairani wanted the frame to be built by well-known British frame builder Colin Seeley. They sent some prototype crankcases for Seeley to work from and Ducati's new Seeley frame was ready in February of 1971. In less than six months, Fabio Taglioni and his team had designed and built their own complete bike, the industry norm at the time for concept to production was three years.

The origins of Monopoly go back to the early 1900's and a game called "Landlord's Game" invented by a Quaker named Lizzie Magie. Allegedly, the game was to teach children about the evils of property speculation. Since then several different people have designed various versions of the game.

Charles Darrow designed the version with Atlantic City street names around 1930. He distributed it under the name Monopoly and on March 19, 1935 he sold the rights to Parker Brothers. The motorcycle connection began with John Waddington's British version when they introduced a (plastic) motorcycle token in the 1950's.

Now there are four Harley-Davidson editions. The newest Harley version incorporates buying, selling and trading motorcycles in a quest to own the most legendary bikes in Harley-Davidson history. Collectible pewter tokens include: a leather jacket, H-D logo, boot, helmet, gas tank, and Twin Cam engine.

Now Harley-Davidson and the Teutel's have company. The Monopoly Empire edition features a Ducati! This game comes with tokens that represent six of the brands featured in the game: the Ducati motorcycle, a Chevrolet Corvette Stingray, an iconic Coca-Cola glass bottle, an Xbox controller, a Paramount Pictures movie clapboard and McDonald’s “World Famous” french fries.

Watch for the Sons of Anarchy edition this summer. Today in motorcycle history proudly supports the National Association for Bikers with a Disability (NABD). www.nabd.org.uk Posted by Unknown at 8:23 AM Email ThisBlogThis!Share to TwitterShare to FacebookShare to Pinterest.